MEET THE FRENCH WINEMAKERS WHO BELIEVE IN OUR VISION OF SUSTAINABILITY The art of winemaking has been around for many centuries. As we head into an era of climate change and other major environmental concerns, wine drinkers, too, are moving into more sustainable movements worldwide. The same goes for the wine industry.

Sustainable winemakers look at three different aspects of the winemaking process: the sustainability, the organic, and the biodynamic viewpoint. While most of the three perspectives overlap, there is a distinction between them.

According to Wine Folly, organic winemaking focuses on the purity of the product without the use of non synthesised ingredients. "Biodynamic" wine production concentrates on holistic agricultural health, while sustainable production focuses on a mechanism to reduce wastefulness and improve the overall process of winemaking. In the weeks to come, we will be shining the spotlight on each wine regions, and here we feature some top French winemakers who are heavily aligned with our sustainable beliefs. So when you want to buy your next bottle of "clean" French wine, you know where to look!

The beautiful Château Massereau is located in Barsac, about thirty kilometres southeast of Bordeaux, and contains around ten hectares of vineyards. The Chaigneau family bought the château in 2000.

The vineyards had also never seen the intensified industrialized production that had hit the rest of the appellation: they were a little oasis of natural, historical vineyards in what had otherwise become a large Sauternes factory. True to the property's history, the family decided to continue to farm the vineyard in the most natural way possible: no chemicals are ever used, and the results are astonishing! The Dietrich family have been practising organic farming for 20 years, and their Estate, in the Alsace region of France, has been biodynamic-certified since 2003 by Demeter. In 2016 brothers Jean and Pierre joined Yves Dietrich to build an independent, passionate team.

Their goal is to have a minimal impact on their environment, so they ensure that the fields and vines they farm are touched by human hands as rarely as possible.

The twenty-one hectares of Navicelle vines are grown with genuine respect for the ecosystem, fauna and flora. The fundamental principles of biodynamics inspire the vineyard. It has been certified in AB (Organic Agriculture) since 2014 and in HVE (High Environmental Value) since 2019.

These approaches and the deep convictions of the Estate naturally give birth to generous wines, with beautiful minerality worthy of the greatest terroirs.

The vines are terraced on red clay soils and a rocky subsoil of limestone, sandstone and shale. Tillage, pruning, trellising, phytosanitary treatments and the harvest are constantly questioned. Louis Chenu Père & Filles is a family winery in Savigny-Les-Beaune, Burgundy. The first parcels of vineyard were bought by Louis Chenu in 1914 and are today worked by his great-grandson Louis Chenu with the help of his wife and daughters.

Located in the Grave region of Bordeaux, on the left bank of the Garonne, Château de l'Hospital is an artisanal organic producer in one of the most historic winemaking areas of France. They have been committed to producing organic wines since 2013. Eric Thill, our winemaker from Côtes du Jura, is a humble and quiet father of two who believes in bringing smiles to peoples' faces when they drink his wines. To him, "organic certification is important as it tells you how the wine is made."

Vins du Eric and Bérengère Thill are made in the south of the Jura, some 45 kilometres south of Arbois. They were certified organic by Ecocert in 2015.

Living in the village of Trenal, close to the commune of Gevingey, they are able to plant vines close to the local forests which allows for increased diversity. Committed to minimal-intervention, Eric and Bérengère represent the philosophy behind Brown Bag Wines: independent winemakers working towards a sustainable vision of wines. And they're delicious, too! According to biodynamic principles, this small Estate in Montreuil-Bellay (15 km south of Saumur) has been farmed since 1962. Matthieu's father, François, was a leading French consultant in biodynamics and the likes of Joly, Leflaive and Chapoutier and wrote the how-to book on using its principles in the vineyard.

He consulted for Domaine Leflaive, Domaine Leroy, Domaine de la Romanée-Conti and many other estates in Europe. When he wasn't flying about helping winemakers remember how many times to stir their silica solution in each direction, he was at home making wine with his son Mathieu at their tiny Domaine de Chateau Gaillard.

Sister-and-brother owners Anne and Antoine Malassagne are the great-grandchildren of Armand-Raphaël Graser. They took over in 1993 from their father, and in just over twenty years, they have quietly yet confidently transformed AR Lenoble into one of the jewels of the Champagne region.

The family have a solid commitment to organic Champagne making. At harvest time, the grapes are picked by hand, carefully sorted and then pressed in one of the three traditional wooden presses. Their experience working with the grapes, perpetual testing, and openness to new methods and techniques make they're sparking some of the most delicious organic examples. Stephanie Rougnon has been making micro-production red wines since 2015. However, her family has been growing vines for more than a century. Her wines come from her great-great-grandfather Blaise Granier, who was born in 1851 into a farming family.

Stephanie produces delicious reds that follow natural, minimal-intervention practices. Her commitment to small-batch, sustainable winemaking makes her a producer we're very excited to share with you.

Véronique Cochran is the proprietor of Château Falfas, which she runs with her husband, John. The chateau itself was built in 1612, and the cellar was constructed in the late 17th century.

Her mother and father had a vineyard in Montreuil-Bellay in Saumur (Loire). Her father, François Bouchet, was the first to apply biodynamics to vineyards (his book, Biodynamic Agriculture: how to use it to vineyards, is a standard in the field). He died in 2005, but her brother Matthieu Bouchet works as a biodynamic consultant and counts Château Palmer as one of his clients. François consulted for Château Pontet Canet when they made the transition.

Domaine les 4 Vents, formerly Le Domaine de Lucie is the domaine of Lucie Fourel and her sister, Nancy Cellier. Lucie is a young "vigneron" who in 2006 took over 3.5 hectares in Crozes-Hermitage from her parents with the idea of making wines from her family's vineyards under her label.

Lucie spent a few years as an apprentice with different wineries in the Rhone Valley before returning to the family estate. During that time, she developed her philosophy and practices for organic and bio-dynamic farming and natural vinification. Domaine Les 4 Vents has both organic and bio-dynamic certifications. Lucie does not use any sulfur during the winemaking process, and only just before bottling does she add a minimal dose. The wines are fermented using only indigenous yeasts. Helmed by the Boissonneau family for over 180 years, the 55-hectare vineyard at Château de la Vieille Tour produces organic wines in the Bordeaux region of France. The Estate is located between the Garonne and the Dordogne on Saint Michel de Lapujade, valued highly for its clay and limestone terroir.

Christian and Philippe Boissonneau have used organic farming techniques since 2007, and the results are delicious. Traditional vinification methods produce crisp, fresh wines that pair beautifully with a range of foods and make great easy-drinking wines.

The Château de la Selve was initially a stronghold on the Empire's borders and then on the Kingdom of France. The Château's objective is to promote soil life and the natural defences of the vine thanks to organic and biodynamic work, which lets minerality and finesse express themselves in the wines.

The winey adopts a low-intervention approach in the cellar by naturally accompanying the wine during the winemaking process to create lively wines that reflect their excellent Ardèche terroir. They are part of five generations of winemakers dating back to 1871; they now farm 18 hectares of vines and produce a wide range of fantastic wines.

The Dirler-Cadé wines are made to biodynamic specification. Jean and Ludivine started their biodynamic journey in 1998, aiming to develop a greater respect for their surrounding environment and the soil that grows their quality grapes. Their dedication to biodynamic practices has paid off, as they have developed some fantastic wines that we are excited to feature at Brown Bag Wines.

Stay tuned as we feature some amazing winemakers from Italy, Australia and Spain in our upcoming blog posts. 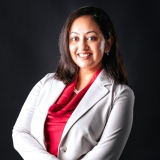 Minoli is the founder of The Mini Project and is a Digital Content Strategist with over 20 years of marketing, branding and digital content experience. The Mini Project has a mighty mission to drive business results for its clients while telling authentic, beautifully crafted stories! SIP BACK AND RELAX: THE BEST WINES TO DRINK AT HOME

Alone, with your partner or with close friends, sampling wine at home can actually be a great way to explore new wine varieties and broaden your knowledge of wines. WINE DOWN: EVERYTHING YOU NEED TO KNOW ABOUT WINE AND SLEEP

Does wine affect the quality of our sleep? We've done a little digging to find out. NELEMAN WINES: SAVING THE PLANET A BOTTLE AT A TIME

Internationally acclaimed brand Neleman Wines is a trailblazer in the organic winemaking industry. Every aspect of their production process has been carefully crafted to honour the unique heritage and biodiversity of the hinterlands of Spain.

Join the community to be the first to receive exclusive offers, news from our producers and much more...